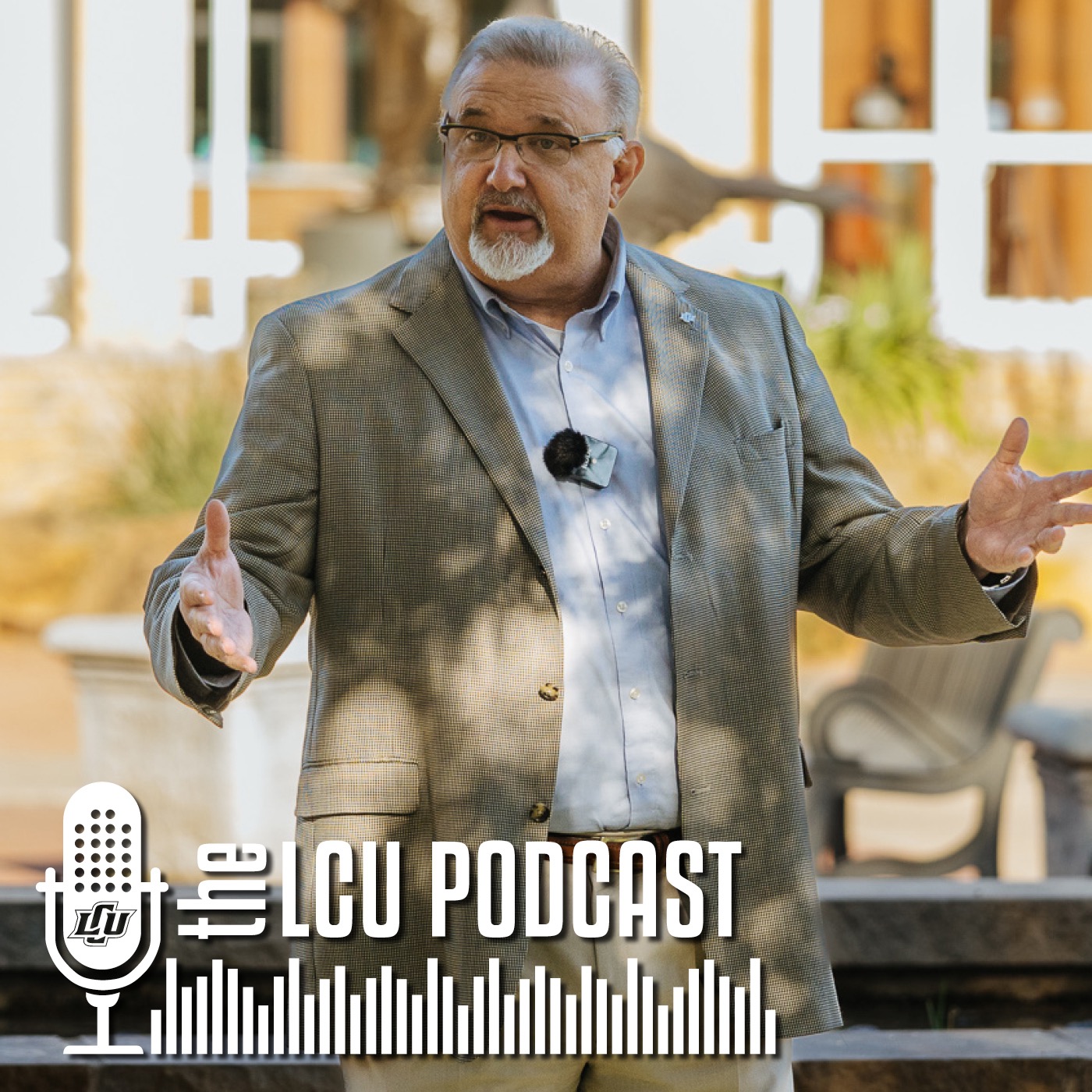 Dr. Kent Gallaher brought a message of encouragement and inspiration during this edtion of the 2022 LCU summer devotional series.

Dr. Kent Gallaher: So I've never been to one of these, so I don't know what the format is. I was expecting, you know, for us to have some songs and prayer, you know, typical Church of Christ worship. I would lead all of that. That's fantastic. Well, I will do my best to stumble through maybe something that that will encourage you today.
So I don't know if you're like me, but when I read through my New Testament, there are always these moments where I think I wish that I had been there. I wish that I had known him. I wish that I had known her. I wish that I had known Dorcas. I wish that I had known the apostle Peter.
You go through these moments where you're reading through your New Testament. I wish I was there. I wish I had known them. We have this record of what they did, but we don't often know who they were, and I wish that I had known them. One of those people, probably my favorite New Testament character besides our Lord, of course, is a fellow whose name is Joseph.
Joseph was born on Cyprus and he was a very successful Jew. Some of the early church fathers believe that he was a student of Gamalia, like Paul was. He was an early convert to the church, and the first time that we read of him, he sells a piece of property and he gives the proceeds to the apostles so that they can use that money to help support the early formation of the church.
The next time we hear about him, he goes to see Saul in Jerusalem. Saul, who is going to be called Paul, has been converted. He's come back to Jerusalem. He wants to integrate with the believers. They're all afraid of him. This Joseph goes to Paul. Probably they had known each other. Probably they were fellow students of the same rabbi.
He meets with him. He introduces him to the apostles. And we know the rest of the story about the Apostle Paul. Later, the Gentiles are being preached to in Antioch and the Apostles send this Joseph to Antioch and he's going to oversee that work. And he calls Paul to come with him because the work is weighty. And then from Antioch, this Joseph and this Paul begin to evangelize the Gentiles.
They are set apart to be evangelists to the Gentiles. They travel through Cyprus and Asia, minor and of course, we know this Joseph by another name. The nickname that the apostles gave him was what Barnabas? Yes, Barnabas, the son of consolation, of the son of encouragement. I wish that I had known him. He must have been an incredible man, someone who was filled with the spirit, someone who was courageous, but also very tender and caring for others.
We all know the story of how John Mark deserted them on their missionary journey and when they were going to go again on a missionary journey. Barnabas was not willing to give up on John-mark said, I want to take him with me. And of course they had a disagreement and we don't hear a lot more about Barnabas after that split.
Church fathers tell us he was probably martyred in his hometown in Cyprus. The eastern and western church have they have different traditions of how his martyrdom occurred. Some say he was stoned. Others say that he was burned to death. They both agree that he was martyred for the cause of Christ. I love what is said about Barnabas in Acts chapter 11.
Verse 24 is something that I wish that people would say of me when I pass away. It's something that I would hope that all of us would strive to live into so that all of us can have this epitaph. So this is what the word the Lord says, the Lord's people in Acts Chapter 11, verse 24, He was a good man filled with the Holy Spirit and faith, and many were brought to the Lord because of Him.
He was a good man filled with the Holy Spirit and Faith, and many were brought to the Lord because of Him. There are lots of ways that we can invest this one life and the way that you have chosen to invest your one life is in Christian higher education. I can think of no better way for no better way for us to impact the lives of thousands and thousands and thousands of people that will be multiplied and multiplied and multiplied by the good work that we will do here in just a few weeks.
The campus will be alive with young people seeking mentors, young people who want to be shaped and molded and brought into a closer relationship with God. And we get to partner in that. And so my encouragement for you today is to be like Barnabas, be courageous in your faith, care about people, even people that others would dispose of, be filled with the spirit and with faith and bring many people to the Lord.
It's my word for you on a Wednesday. May God bless you.
outro: Thanks for listening to LCU's podcast. For more content like this, go to LCU.edu.